Major updates and prototype board giveaway! May 2016

Over the the last month, the NanoEFI controller has seen heavy development. Here are the highlights:

The v0.1.1 prototype is in, assembled and tested! 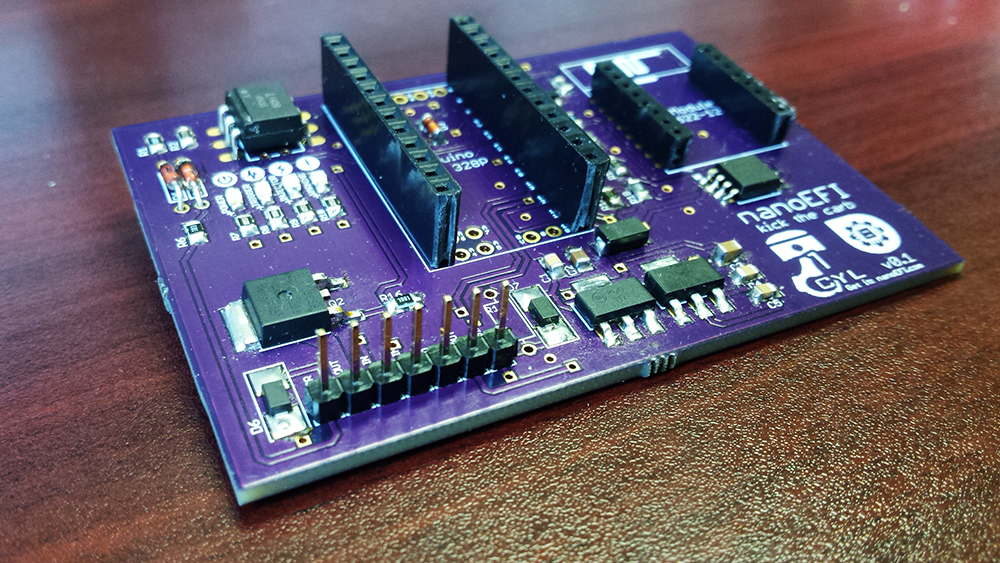 Without a reflow oven, soldering the SMD components by hand was a (very) slow process, but in the end I feel that the job turned out well enough for prototyping purposes.

Some of the landing patterns were significantly off from expectation (SOD123F diodes, I’m looking at you), but were worked around easily and corrected in the steadily growing NanoEFI EAGLE library.

Look for a reveal announcement post for the BIG new feature in v0.1.2 on June 1st, until then – see if you can figure out the new feature from looking at the new board layout image below!

The first person to find the new feature in v0.1.2 (and comments correctly in the section below) before the announcement on June 1st will be sent a free (non-assembled) v0.1.2 prototype board once they arrive! 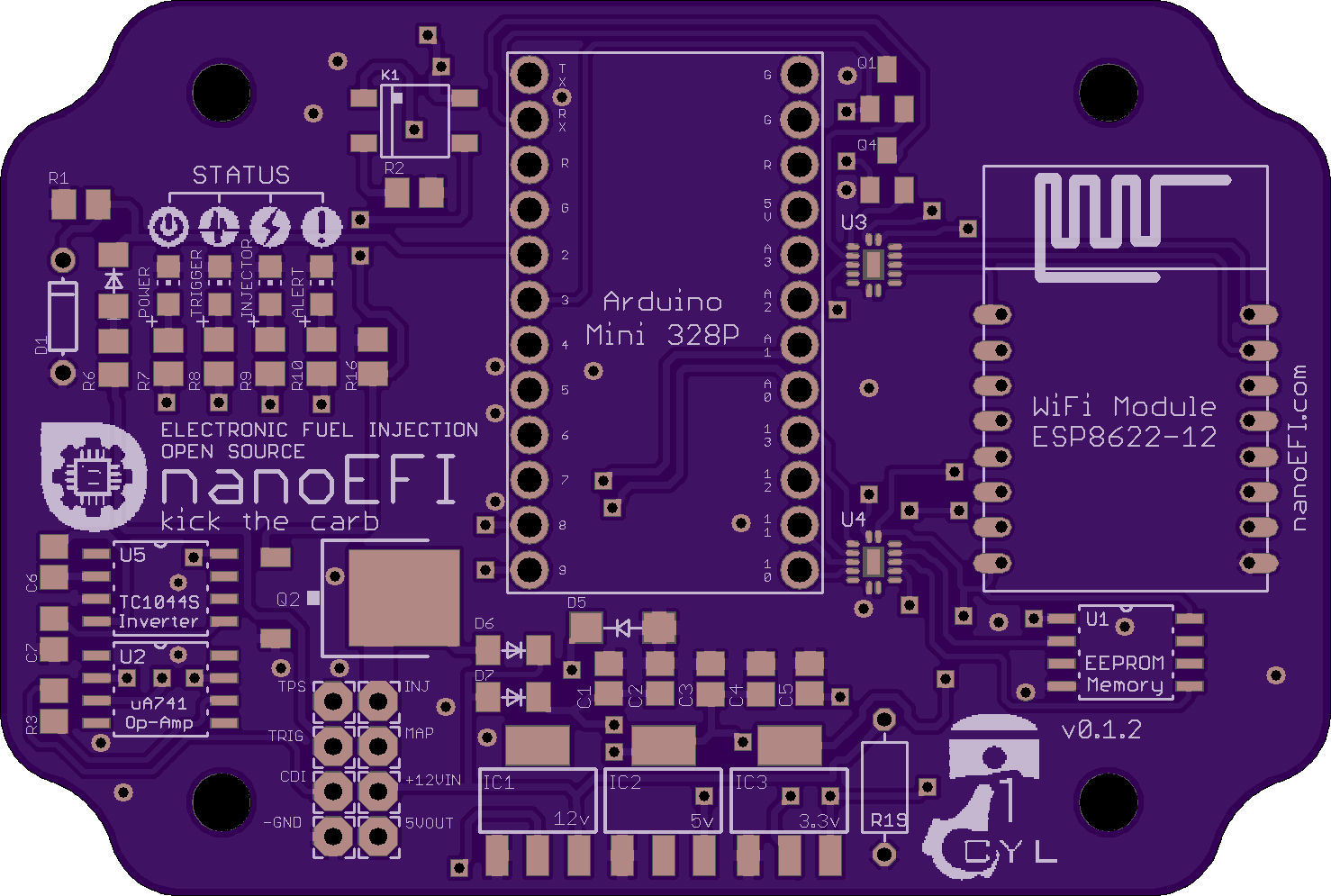 Hint #1:  The answer is in the circuitry and involves multiple components!

Hint #2:  Check out previous posts to see which features have already been confirmed… it’s not one of those!

Winner will be announced on June 1st in the new feature reveal. Full disclosure: I can’t promise right now that v0.1.2 will work as expected if you decide to assemble it, but it’s a cool free souvenir at the least! 🙂

Questions or comments? Every aspect of this project is up for discussion and feedback.  If you have input of any kind I’d like to hear it! Comment below or send a message on Facebook.

8 thoughts on “Major updates and prototype board giveaway! May 2016”